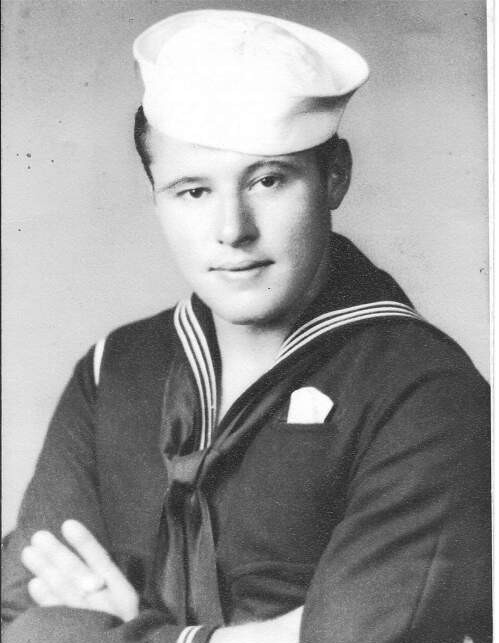 Walter “Walt” Bruno Mazgaj, age 96, of Avon Lake, Ohio passed away in the early hours of Monday February 15, 2021 at the Cleveland Clinic in Avon, Ohio.

Born on June 4, 1924 in Lorain, Ohio to Paul and Frances (nee Warchol), he attended St. Stanislaus School and was a graduate of Lorain High School 1943B. Upon graduation he immediately enlisted in the Navy.

Walt completed basic and advanced training becoming a second-class petty officer in the 125th Construction Battalion also known as the legendary Sea Bees with the “Can Do” Motto.  Walt was sent to the Asian Pacific Theater where he was with the Sea Bees on Oahu and Okinawa from 1943 to 1945.  While in Okinawa he and his battalion members went ahead of invasion forces where they designed and built bridges and airstrips to facilitate the invasion while following the marines ahead of the army. For his efforts in the midst of enemy troops, Walt was awarded a Battalion Star for combat action.

He completed his military duties in 1945 and headed back to Lorain. He enrolled in FENN College of Engineering (now Cleveland State) and graduated in 1950 summa cum laud with a baccalaureate degree in metallurgical engineering. He became a registered professional engineer in 1956.  He spent his working career at American Crucible Products Company from 1951 through 1987. He started as an assistant metallurgist, chief metallurgist rising to vice president and operating officer of foundry operations.  He was a member of the American Foundry Society serving on numerous technical and administrative committees. In 1965 while working in concert with other companies and NASA, Walt completed a redesign of the bearing sleeve of the space crawler used to transport Apollo rockets from the assembly facility to the launch pad. He redesigned the alloy used in the sleeve to withstand the crush weight of the rockets.

Walt was a member of St. Anthony of Padua Church in Lorain and a life time member of the Knights of Columbus.

He lived in Lorain from birth until August, 2018 when he became a resident of Independence Village in Avon Lake.  He married his high school sweetheart, Florence Krycz and was with her until her passing in June of 1985.  Walt found the next love of his life, Mildred Domjancic and they were married in April of 1986. They enjoyed time at St. Anthony’s serving as Eucharistic ministers.  In retirement Walt and Millie could be found at every local polka venue where they danced the nights away.

He was preceded in death by both of his parents; brothers, Frank and John; and a granddaughter, Kara Mazgaj.

There will be a private internment. A celebration of Walt’s life will be determined at a later date. Memorials in Walter’s honor can be sent to St. Anthony of Padua Parish, 1305 E. Erie Avenue, Lorain, Ohio 44052. Dovin Funeral & Cremation Specialists handled the arrangements.

To order memorial trees or send flowers to the family in memory of Walter B. Mazgaj, please visit our flower store.