Thomas Earls, 89, passed away peacefully on Friday, September 22, 2017 in the privacy of his home, surrounded by close family. Thomas was born October 10, 1927 in Ironton, OH to Frank and Elizabeth Earls.

At the age of 15, Tom enlisted in the United States Navy, seeing combat in World War II and in the Korean War, serving on the USS Aulick and the USS Strong, respectively. Later in life he received a metal in recognition of being an underage veteran during WWII. He went on to serve time at the Pentagon before moving to Lorain, OH, where his family had relocated. Around this time, he met his wife Anita Jewel Maynard. They eventually wed, having two children, Thomas D. and Beth. He was predeceased by Anita in 2005.

He is the founder of Fastway Incorporated, which specializes in environmental services and industrial safety equipment. The company is now operated by son Thomas D. Earls and grandson Matthew T. Earls. He loved spending free time with his wife Anita and their children and grandchildren. He enjoyed discussing politics or business and supporting his country. He had a gift for wood-working and enjoyed creating many projects for his grandchildren. He especially looked forward to breakfast every morning with his son Thomas D, which became a tradition. He spent his later years tinkering with different inventions at the Shop or on the Earls' Family Farm, always a presence around the family's businesses.

He is survived by son Thomas D. Earls (Marsha), daughter Beth Wise (Timothy), grandchildren, Emily Wise, Timothy Earls, Andrew Wise, Megan Earls, Matthew Earls (Amber), and great-grandson Jamie Wise. He is also survived by many nieces and nephews. Among those especially is niece Linda Eckhart, who contributed greatly to his care in the last months of his life.

All of those touched by his life are invited to honor his memory with the family for a graveside service at Ridge Hill Memorial Park, Amherst Township, Ohio on Thursday, September 28, 2017 at 1:00 PM. In lieu of flowers, donations may be made in his honor to charities supporting military veterans.

To plant memorial trees or send flowers to the family in memory of Thomas Earls, please visit our flower store. 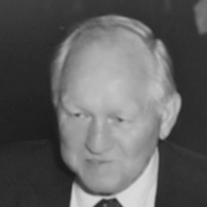