He was born on February 20, 1923 and graduated from Lorain High School, class of 1941; he also attended Fenn College in Cleveland and Lorain County Community College. On September 9, 1950, he married the love of his life, Helen Yvonne Niczky. He is survived by his daughter, Dr. Leslie Ann Prosak-Beres, his son-in-law, Dr. Richard J. Beres, and his grandson, Jonathan Andrew Beres, all of Cincinnati, Ohio. In addition, he is leaving behind his brother and sister-in-law, Edward and Angela Prosak, along with many loving nieces, nephews and friends.
Ted will be greatly missed by his family and friends. He was preceded in death by his beloved wife, Helen Y. Prosak (nee Niczky) , his parents Veronica and Gregory Prosak, sisters Mary Pogorzelski (nee Prosak), Angela Plato (nee Prosak), Helen Matuszak (nee Prosak), and brothers Joseph, Frank, and Aloysius.
Ted worked for the Lorain City Health Department for over 34 years, as health sanitarian, retiring as Health Commissioner in the last years of service to the department. Ted was an avid golfer and played on many teams and in many tournaments. When he wasn't playing golf, he was teaching golf to others. He also enjoyed bowling.
Ted served in the Navy during World War II, from 1942-1946, as photographer's mate 3rd class, V-6 Division, on the U.S.S. Yorktown, CV-10. He helped with the making of the movie, "Fighting Lady" honoring the famous aircraft carrier.
After retirement, he and his wife traveled most winters to the Carolinas, especially Hilton Head and Kiawah Islands. He enjoyed being a part of the Amherst Golden Agers, his Lorain High School 1941 graduating class gatherings, YMCA Golden Skates, and Senior Fellowship.
Ted also belonged to St. John the Baptist Parish (now St. Francis Cabrini Parish), South Lorain, for over 65 years. He was an active member of the Holy Name Society, served as a church usher, and as an adult altar server. In 2012, he was selected as the Lorain Deanery's Holy Name Man of the Year.

The family will receive friends on Tuesday, March 22, 2016, from 2-4 PM, with a rosary service at 3 PM, and again from 7-9 PM in the Dovin Funeral Home, 2701 Elyria Avenue, Lorain, Ohio. Mass of Christian Burial will be held on Wednesday, March 23 at 11:30 AM, at St. Frances Cabrini Parish, 2143 Homewood Drive, Lorain. Rev. Fr. John Retar, Pastor of St. Frances Cabrini Parish, and Rev. Fr. Lawrence Martello will officiate, with burial following in Ridge Hill Memorial Park Cemetery.

In lieu of flowers, the family requests that donations be made to Xavier University in support of the Helen and Ted Prosak endowed scholarship for Graduate Programs in Reading and Multicultural Literature. Checks may be made out to: Xavier University, attn. Mr. Peter Owendoff, Office of Development, 1507 Dana Avenue, Cincinnati, Ohio 45207-7730.

To plant memorial trees or send flowers to the family in memory of Theodore Prosak, please visit our flower store. 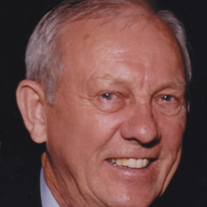