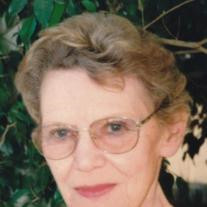 Stephanie Luchkowsky Malanczuk, age 93, of Santa Barbara, CA, formerly of Lorain, passed away on August 16, 2012, at the home of her daughter.
She was born on November 30, 1918, in Sanok, Poland, and moved to Lorain in 1955 from Belgium. Stephanie worked at St. Joseph Hospital for 30 years and was a member of St. John the Baptist Ukrainian Catholic Church. She was also a member of the Ukrainian Women's League, where she held office.
Stephanie is survived by her sons; Marko and Damian, her daughter, Ksenia, 7 grandchildren, and 7 great grandchildren.
She was preceded in death by her first husband, John Luchkowsky, in 1976 and her second husband, Stefan Malanczuk, in 2004.
The family is holding private services.
To order memorial trees or send flowers to the family in memory of Stephanie Luchkowsky Malanczuk, please visit our flower store.