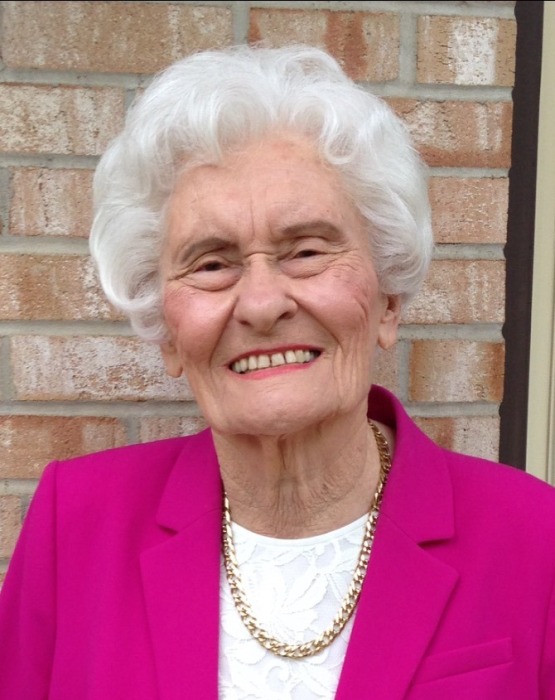 Born September 3, 1929 in Lorain, OH, to the late Steven and Julia (nee Szabo) Bozsoki, Rosemary grew up in Lorain and attended Clearview High School.  In 1981 she moved to Elyria.

Rosemary worked at General Motors and later was instrumental in founding Kuhn Ornamental Railing Company (later Kuhn Fabricating) in Lorain in 1951.  She continued to manage the operations until retirement in 2013.

A long-time member of the Vermilion Boat Club, Rosemary and her late husband Louie loved boating and socializing with members.  Together they took numerous boat trips aboard their 31’ Uniflite named Sea Bee to destinations such as Detroit, Niagara Falls, Canada and especially to “The Islands” including Put-In-Bay.  Many years ago, Rosemary and her husband started the tradition of the club’s annual pig roast that continues to this day.

Rosemary was a frequent host who organized dinners and impromptu gatherings including summer “bacon roasts”.  Family and friends were welcomed to her home in Fort Myers, FL, where she and Louie spent afternoons around the pool and evenings at their favorite restaurants.

Her determination to travel and remain active every day never diminished despite mobility and health challenges in recent years.  Rosemary was devoted to her husband, children, grandchildren and excitedly looked forward to visits from her great-grandchildren.

She was proceeded in death by her parents; husband of 49 years, Louis S. Kuhn, in 1998; siblings Steve, Albert, Mike, and John Bozsoki and Helen Babics.

The family will receive friends on Saturday, May 15, from 9:00 am until the time of services at 11:00 am at Dovin Funeral and Cremation Specialists, 2701 Elyria Avenue, Lorain, followed by 12:00 pm Mass at St. Jude Church, 590 Poplar Street, Elyria.  Rev. Joseph Scalco will officiate.  Burial will follow at Calvary Cemetery, Lorain.  Facial covering and social distancing are required in the funeral home and at church.  Condolences are welcomed at www.dovinfcs.com.

In lieu of flowers, donations can be made to the Vermillion Boat Club Memorial Fund in memory of Rosemary Kuhn at 5416 Liberty Avenue, Vermillion, OH, 44089.

To order memorial trees or send flowers to the family in memory of Rosemary Kuhn, please visit our flower store.