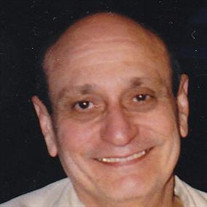 Ramon F. Davila, Sr., age 88, of Lorain, passed away peacefully after a lengthy illness, on Tuesday, January 31, 2017, at his daughter's home, surrounded by his loving family, while under the care of Hospice of the Western Reserve. Prior to being at his daughter's home, he was receiving exceptional care from the Main Street Care Center.

He was born on May 15, 1928 in Corozal, Puerto Rico and moved to Lorain at the age of 19, in 1947. Ramon proudly served in the United States Army during the Korean War as a Corporal, from 1952 until being honorably discharged in 1954. He then went to work at US Steel for 40 years until finally retiring from there in 1987. He was a member of Sacred Heart Chapel and enjoyed tending to his garden, watching the Cleveland Indians and Cavaliers, and going to all of the family picnics. Ramon could always be found listening to Puerto Rican tipico music (Jibaro).

Ramon played an active role with helping other Puerto Ricans, new to the area, to find jobs and become situated with their lives here.

He was preceded in death by his parents; Vicente and Ramona (nee Fuentes) Davila, a great great grandson, Enrique R. Davila, in 2013, 5 brothers, and a sister.

The family will receive friends on Thursday, February 2, from 4 to 7 pm, in the Dovin Funeral & Cremation Specialists, 2701 Elyria Avenue, Lorain. Friends will also be received on Friday, from 8:30 am until the time of his funeral Mass at 9:30 at Sacred Heart Chapel, 4301 Pearl Avenue, Lorain. Fr. William Thaden, Pastor, will officiate. Burial will follow at Calvary Cemetery, Lorain. Full military honors will be provided by the Disabled American Veterans.

To send an online condolence, please go to www.dovinfcs.com.
To order memorial trees or send flowers to the family in memory of Ramon Davila, please visit our flower store.