Ralph B. Woodward, 62, of Amherst, passed away Tuesday, August 21, 2018 at Mercy Health - New Life Hospice, Lorain, following a short illness.
Born April 17, 1956 in Danville, Illinois, Ralph lived in the Cleveland and Lorain area including Vermilion before settling in Amherst.
Ralph's career as a commercial printer began at The Lorain Printing Company. During this time, he also helped out Louis Bodnar, owner of Bodnar Printing in Lorain. In 1980, Ralph purchased Bodnar Printing and remained the owner and operator until retiring in 2017 when his son Nate took over the business.
Ralph's greatest joy was spending time with his grandchildren. He also enjoyed golfing and traveling, classic rock and Corvettes.
Surviving is his loving wife of 41 years, Bonnie (nee Boetticher); his son, Nate (Amanda) Woodward of Amherst; daughters, Sue (Jereme) Blackburn of Fort Belvoir, Virginia and Angela (Adam) Snyder of Pemberville, Ohio; father, Charles (Shirley) Woodward of Danville, Illinois; his grandchildren, Sophia, Haley, Vivianne and Veronica; a brother, Rob Woodward of Danville, Illinois; and sisters, Sherri Stebbins and Becky Dickelman of Danville, Illinois.
Ralph was preceded in death by his mother, Marylin Lee (nee Bennett) Gutschmidt in 2005.
Private service for the family were held. The Dovin Funeral and Cremation Specialists, 2701 Elyria Avenue, Lorain, handled the arrangements.

To plant memorial trees or send flowers to the family in memory of Ralph Woodward, please visit our flower store.

I am honored to have known and worked for Ralph. I was shocked and saddened when I heard of his passing just this week. He was a kind man, a good man. Honest and loyal, always treated me with respect. I would stop to see him long after I didn't work there anymore. My deepest sympathy Bonnie & family.

My brother Ralph was a hard worker and 100 percent family man. My deepest and sincerest condolences to Bonnie, Nathan, Susan, and Angie. Love you all very much! (Uncle) Ray

Dear Angie and Family, So sorry to hear about your loss. You are in our thoughts and prayers. Love, Kathy and Dave McCann

I was honored and blessed to have known Ralph. Truly a special man and friend. My heart and prayers go out to the family, Nate and Bonnie. I will miss my after hour conversations with Ralph. He loved his family and had a passion for everything he did with qualities you just dont see often these days. GREAT Man, WONDERFUL Person and SPECIAL Friend to not only me but to everyone he knew. Deepest respect and sympathy,Dale Zahnke

I am so sad to learn of Ralph's passing. My sincere prayers and condolences to Bonnie, Nate, Sue, Angie, and your who family. May Ralph Rest In God's eternal peace. :heart::latin_cross:i:pray::skin-tone-3::dove_of_peace:

I am at a loss for words. I can't believe Ralph is in his forever home. He was the nicest guy you could ever know. I have known him for many years and am so glad I got to know him and his family well. God bless Bonnie, Nate and his daughters and all his family on the loss of their loved one. Words can't express my deepest sympathy. Love,Sylvia & Mal Murillo 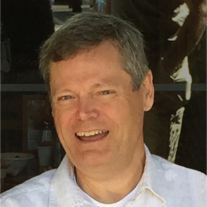