Paul A. Brant, Sr. age 59 of Lakeland, Florida died on Wednesday, August 6, 2014 at the University of Virginia, following injuries he sustained in a auto accident in Charlottesville, Virginia.
He was born on November 7, 1954 in Berlin Heights, Ohio, living in Vermilion for 20 years.
Paul was employed as a semi-truck driver for years. He enjoyed gun collecting, mechanical work on cars and loved racing his motorcycles and racing cars at Norwalk Speedway.
He is survived by his sons, Paul Brant, Jr. of Elyria, Brian Scharp, of Columbus, daughters, Angela Brant of Bedford and Caitlyn Brant of Florida, 5 grandchildren and brother, David (Evelyn) Brant of TN, sisters, Janet (Ray) Miller of Berlin Heights, Marie (James) Stallard of Norwalk, Florence (Frank) Potter of Berlin Heights, Ruth Chaffin of Georgia, Cathy (Rodney) of Vermilion.
Preceded in death by his parents, Alfred F. Brant, Ruth (nee Wallace) Brant and a brother, Keith Brant and sister, Susan Jackson.
The family will receive friends on Tuesday, August 12th from 3-5 and 7-9 p.m. in the Dovin Funeral Home, 2701 Elyria Avenue, Lorain, and also on Wed. from 10:00 a.m. until time of services at 11:00 a.m. in the funeral home. To send online condolences go to www.dovinfuneralhome.com.
In lieu of flowers, contributions in his memory may be made to the Dovin Funeral Home, 2701 Elyria Avenue, Lorain.
.

To plant memorial trees or send flowers to the family in memory of Paul Brant, please visit our flower store.

I am so sorry to hear about the passing of your dear love one. I have also experienced the loss of loved ones and what helped me and many others to cope is our heavenly father God (Psalms 83:18) who is the "Father of tender mercies and God of all comfort who comforts us in all our trials". 2 Corinthians 1:3&4 The bible also gives us a marvelous hope for the future and tells us that soon will bring an end to suffering and death. I sincerely hope these words will be comforting to you.

A candle was lit in memory of Paul Brant

Thank u soo much.. 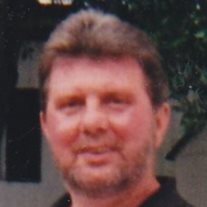