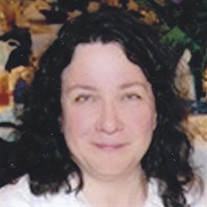 Patricia A. Martinak, age 60, died on Thursday, May 19, 2016 at O'Neill Heathcare, North Ridgeville, following a lengthy illness.
She was born on August 15, 1955 in Lorain and has lived in Elyria all of her life. She was a 1973 graduate of Elyria High School. After high school, she attended Cleveland State and Fenn College of Engineering, where she received her degree in engineering.
Patricia was employed at North East Ohio Regional Sewer District as well as the City of Cleveland Air Pollution Control, as an engineer. She will always be remembered for her love of animals, especially cats. Patricia also had a huge heart for people in need and was generous to many charities throughout her life.
She is survived by her brother, Philip (Sandra) Martinak of North Olmstead, and her nieces and nephews.
She was preceded in death by her parents; Joseph and Mary (nee Mulica), and brothers, Joseph and Terrence.
The family will receive friends on Monday, May 23, from 2-4 and 6-8 PM, in the Dovin Funeral Home, 2701 Elyria Avenue, Lorain. Inurnment will take place at a later date in Calvary Cemetery, Lorain.
Contributions in her memory may be made to the Friendship Animal Protective League, 8303 Murray Ridge Road, Elyria, OH 44035.
To send an online condolence, go to www.dovinfuneralhome.com.
.
To order memorial trees or send flowers to the family in memory of Patricia Martinak, please visit our flower store.