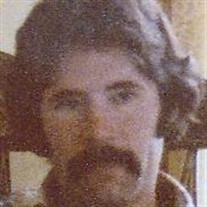 Michael T. Bucci, 61, of Lorain, passed away Friday, February 20, 2015 at Oak Hills Nursing Home, Lorain, following a lengthy illness.
Born January 25, 1954 in Cleveland, he lived in Lorain his entire life.
Michael entered into the US Army at the end of the Vietnam War and served three years as an infantryman.
Michael worked as a mechanist at Electro Alloys in Elyria, retiring in 2010. He enjoyed fishing, bowling, billiards and camping.
Surviving is his daughter, Jessica Cutcher of Lorain; a granddaughter; and his brothers, Frank Bucci of Clearwater, Florida and Jim Bucci of Lorain.
He was preceded in death by his father, Dominic Bucci; his mother, Mary Roberts; and a brother, William Roberts.
The family will receive friends on Monday from 2-4 and 7-9 pm in the Dovin Funeral Home, 2701 Elyria Avenue, Lorain. Contributions can be made to the funeral home.
To send online condolences go to www.dovinfuneralhome.com.

.
To order memorial trees or send flowers to the family in memory of Michael T. Bucci, please visit our flower store.