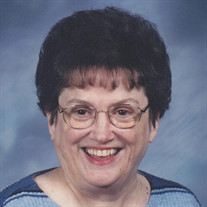 Mary P. Woods (nee Fitzpatrick), age 79, of Elyria, passed away Tuesday, September 5, 2017 at Mercy New Life Hospice, Lorain, following a lengthy illness.
Born September 1, 1938 in Adah, Pennsylvania, she moved to Elyria in 1958 where she has lived since.
She was a member of Community United Methodist Church, Elyria.
Surviving are her sons, Robert Woods Jr of Fairborn, Ohio and Kelly (Kim) Woods of Elyria; 6 grandchildren and 1 great granddaughter; a brother, Jack Fitzpatrick of Elyria; and a sister, JoAnne Russman of Uniontown, Pennsylvania.
She was preceded in death by her husband of 54 years, Robert Woods in 2013; and parents, John and Nellie (nee Gray) Fitzpatrick.
Graveside services will be held on Tuesday at 1:00 pm at Brookdale Cemetery, Elyria. Rev. Kevin Coleman, pastor of Community United Methodist Church will officiate. The Dovin Funeral and Cremation Specialists, Lorain, is handling the arrangements. Contributions can be made to the Kidney Foundation of Ohio, 2831 Prospect Avenue, Cleveland, Ohio 44115. To send online condolences go to www.dovinfcs.com.
To order memorial trees or send flowers to the family in memory of Mary P. Woods, please visit our flower store.