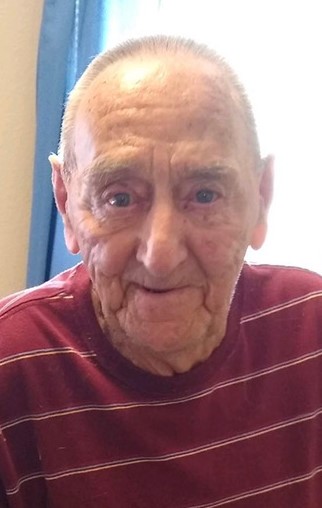 Born May 3, 1921 in Lorain, he lived and went to school on Kelley’s Island.  He also lived in Gary, Indiana before moving to Lorain.  After graduating from Lorain High School in 1939, Larry served as a Radioman 1st Class in the United States Coast Guard during World War II. He received the Asiatic-Pacific Area Campaign Medal, World War II Victory Medal, American Area Campaign Medal and the Coast Guard Good Conduct Medal.

Larry loved working in the yard, gardening, birding, humming and whistling.  He also enjoyed cooking, spending time at his house on Kelley’s Island, following sports and was a big Notre Dame fan.

The family will receive friends on Tuesday from 4:00 to 8:00 pm in the Dovin Funeral and Cremation Specialists, 2701 Elyria Avenue, Lorain.  Funeral services will be Wednesday at 12:00 pm in the funeral home.  Rev. John Retar, pastor of St. Frances Cabrini Parish, Lorain will officiate.  Burial will follow in Calvary Cemetery, Lorain with military honors.  Masks must be worn and social distancing will be required during the visitation and funeral services.

Contributions can be made to the Friendship Animal Protective League, 8303 Murray Ridge Road, Elyria, Ohio 44035.

To order memorial trees or send flowers to the family in memory of Lawrence "Larry" Adams, please visit our flower store.