John J. "Jack" Martinek, 89, of Lorain, passed away Sunday, March 22, 2015 at New Life Hospice Residential Center, Lorain, following years of complications with cancer.
Born May 13, 1925 in Lorain, he was a life long resident of the city. Jack graduated from Lorain High School in 1943 and Capital University in 1982.
He served in the US Navy during World War II aboard the USS LST 985. He received the Victory Medal, American Area Campaign Medal and the Asiatic Pacific Area Campaign Medal.
Jack worked as an inspector in quality control at Ford Motor Company, Cleveland Engine Plant #1 in Brookpark for 30 years, retiring in 1977.
He was a member of the Church of St. Peter, Lorain, and the former St. Joseph Church, Lorain, where he was a member since birth. Jack was also a member of the Nifty Fifty Car Collection Club.
He was a devoted Catholic had a strong faith in God and religion. Jack enjoyed classic cars, golfing, gardening and woodworking.
He is survived by several nieces and nephews and great nieces and nephews including his nephew, Steve (Patricia) Martinek of Cleveland and formerly of Lorain; and his great nieces and nephew Michael Sean, Mary Katherine and Jacqueline Therese.
He was preceded in death by his parents, Frank and Mary (nee Krupyak) Martinek. Jack was the youngest and last surviving sibling of Anthony, Barbara, Katherine, Theresa, Pauline, Magdalene (Sr. Mary Carmencita SND), Peter, Richard, Joseph and Theodore.
The family will receive friends on Thursday from 4:00 - 8:00 pm in the Dovin Funeral Home, 2701 Elyria Avenue, Lorain, where funeral services will be Friday at 10:30 am followed by Mass of Christian Burial at 11:00 am at the Church of St. Peter, 3655 Oberlin Avenue, Lorain. Rev. Craig M. Hovanec, pastor will officiate. Burial will follow in Calvary Cemetery, Lorain. The Disabled American Veterans Louis Paul Proy Chapter 20 will conduct military honors.
To send online condolences go to www.dovinfuneralhome.com

To plant memorial trees or send flowers to the family in memory of John Martinek, please visit our flower store.

A candle was lit in memory of John Martinek

Great Uncle Jack was more than an uncle to me, he was my grandpa.

Uncle Jack was the youngest and last survivor of 15 pregnancies for "Ma." For all his adult life he was the "man of the house" the father-figure, the pater-familias of the Martinek family. His was a life of faith and duty and deep family love. It was heroic, as was he. He was a quiet stolid man of integrity and dignity and propriety. He is loved and missed. Steve and Family

Friends and Family uploaded 14 to the gallery. 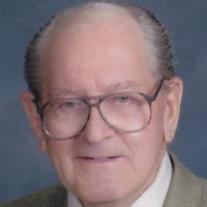 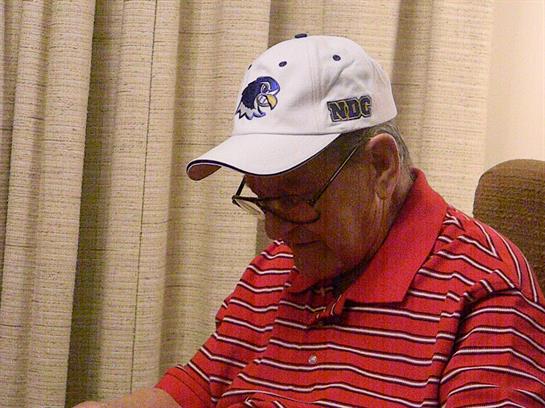