Jerome "Jerry" Lopez, formerly of Lorain, passed away September 25, 2017 in Plano, Texas following complications with diabetes at the age of 56.
Born October 28, 1960 in Lorain, he attended Larkmoor Elementary, Longfellow Middle School and graduated from Lorain High School in 1979.
Jerry was a printer by trade and had worked for Lorain Printing before moving to Las Vegas in 1996. He then lived in Lake Havasu City, Arizona before moving to Plano, Texas 5 years ago.
While living in Lorain, Jerry played little league baseball for the VFW. He was an avid sports fan who enjoyed following the Cleveland Indians and Browns. Jerry also liked to play golf.
Surviving is his son, Jaland Lopez of Arizona; a step son, Matthew Buckosh of Arizona; his father, Fred Lopez of Lorain; a brother, Fred Lopez Jr. of Lorain; and a sister, Kathy Lopez of Florida.
He was preceded in death by his mother, Marianne Lopez in 1994; and a sister, Veronica.
Graveside services for Jerry will be held at 1:00 pm on Saturday, October 14, 2017 at Calvary Cemetery, 555 N. Ridge Road West, Lorain. The Dovin Funeral and Cremation Specialists, 2701 Elyria Avenue, Lorain is handling the arrangements. To send online condolences go to www.dovinfcs.com.

To plant memorial trees or send flowers to the family in memory of Jerome Lopez, please visit our flower store.

A candle was lit in memory of Jerome Lopez 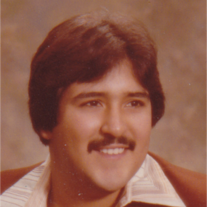