Heather M. Buckingham (nee Boyd), age 41, of Lorain, died on Saturday, February 27, 2016 at the Cleveland Clinic, Cleveland, following a sudden illness.
She was born on October 23, 1974 in Amherst and has been a lifelong resident of Lorain. Heather graduated from Southview High School in 1993.
Heather was employed as the General Manager of Dominos Pizza in Sheffield Village. Prior to this she worked as a manager at Cedar Point and had also worked at Red Lobster, Lutheran Hospital and Our Place Restaurant in Lorain.
She was a member of St. Vincent de Paul Catholic Church, Elyria. Heather enjoyed her dogs, reading, the outdoors and NASCAR races.
She is survived by her husband of 11 years, Chris Buckingham; a son, Chad Boyd and a step-son, Sebastian Brown both of Lorain; a grandson, Noah Michael Simpson; parents, Thomas and Peggy (nee Vargo) Boyd of Lorain; and brother, Jim (Angie) Boyd of Lorain.
She was preceded in death by her grandparents, Elmer and Emily Vargo and William and Zelma Boyd; and a brother, Jesse Surrena.
Memorial mass will be held on Saturday, March 12, 2016 at 9:30 am at St. Vincent de Paul Catholic Church, 41295 North Ridge Road, Elyria. Rev. Donald Dunson, pastor will officiate. She will be laid to res at a later date in a private setting. The Dovin Funeral Home, 2701 Elyria Avenue, Lorain, is handling the arrangements. To send online condolences go to www.dovinfuneralhome.com
.

To plant memorial trees or send flowers to the family in memory of Heather Buckingham, please visit our flower store.

Heather wasn't just more than just a general manager to me. She was a second mother, a great leader, the most kind hearted woman, caring, sweet, taught me almost everything that i need to know at the workplace. We started to grow very very close towards the end and once everything started to happen i prayed and prayed that she would make it through it, we all did, i loved her like my own mother, she was a mentor, a friend, and always there to talk or help when i needed her the most. she is always going to be in my mind and heart and i will never forget her sweet and funny words to make us all smile. i miss her most terribly and it is very hard without her right now... but now you're up there in heaven my little angel. i love and miss you dearly and i can always feel when you're with me and trying to make me feel better. i'll be up there with you soon one day hunny... with much love, always and forever heather. you meant more to me than you will ever know hun<3 i love you. you're keeping me going day by day... never forget that...-Jorgie Elizabeth Martin<3 xoxoxoxoxox

Our condolences go out to the family of Heather. We were former and loyal customers at the our place video then the our place restaurant , we always loved her sweet kind smile and her bubbly personality!! May God give you all comfort and peace during this difficult time!! We are so sorry for your loss , James and Rosie Tolento. 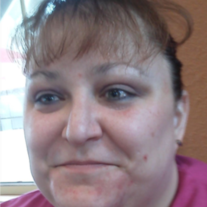