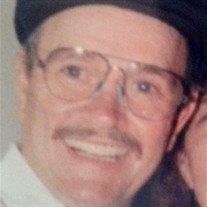 Harley R. Robertson Sr., age 75, passed away peacefully on February 24, 2018 at his home in Lorain, Ohio with his wife, Rosemary by his side. He was born August 18, 1942 in Wayne, West Virginia to William and Gracie Robertson.

He worked as a painter for many years until his retirement. What Harley was passionate about however, was inventing new things. He also loved to trade, enjoyed music and dancing.

A memorial gathering will be held on Wednesday from 3:00 p.m. to 5:00 p.m. at the Dovin Funeral and Cremation Specialists, 2701 Elyria Avenue, Lorain.

To order memorial trees or send flowers to the family in memory of Harley R. Robertson, please visit our flower store.