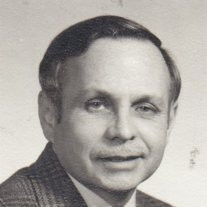 Glenn W. Tiler (Schnitzler), age 83, of Lorain, passed away at his home on July 22, 2013.
He was born on March 16, 1930, in Lorain and lived in several foreign countries while teaching for the Department of Defense Overseas Dependents Schools. He taught in Germany, the Philippines, Okinawa, Japan, and Cuba. He also taught at private schools in Honduras and Columbia.
Glenn received his B.S. in Education from Kent State University and his Masters degree in Education from the University of the Philippines at Clark Air Force Base.
He proudly served in the United States Army during the Korean War, from 1949 until 1954, three of those years being served in Japan. Glenn rose to the rank of Sergeant, First Class.
Glenn frequently wrote letters to the editor to the Morning Journal and the Elyria Chronicle, using the pen name, Glen Walter.
He is survived by his brother, Robert (Marian) Schnitzler and many nieces and nephews.
Glenn was preceded in death by a brother, James Schnitzler, his sister, Joyce Lachowyn, and parents; Melvin J. and Mildred M. (nee Pfeifer) Schnitzler.
The family is holding private services.
To order memorial trees or send flowers to the family in memory of Glenn W. Tiler, please visit our flower store.