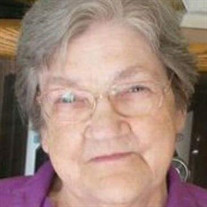 Dortha B. Kelly (nee Cumpston), 78, of Elyria, passed away Monday, August 31, 2015 at her residence while under the care of Crossroads Hospice following a lengthy illness.
Born June 13, 1937 in Clarksburg, West Virginia, she lived in Columbus and move to Lorain in 1969. She has lived in Elyria for the past 15 years
Surviving are her sons, William Dale Kelly of Lorain, and Robert Richard Kelly of Panama City, Florida; a daughter, Karen Dobek of Naples, Florida; 11 grandchildren and 14 great grandchildren; a brother, Donald of Hawesville, Kentucky; sisters, Beatrice of Fairless Hill, Pennsylvania, Ruth of Grafton, West Virginia, and Vivian of West Virginia.
She was preceded in death by her husband of 49 years, Billy D. Kelly in 2006; a son; David in 1968; daughters, Carolyn Grace Kelly in 2008 and Rebecca Marie Kelly in 1968; brothers, Robert, Charles and Timothy; and sisters, Bertha, Betty and Mary.
The family will receive friends on Friday from 4:00 - 7:00 pm in the Dovin Funeral Home, 2701 Elyria Avenue, Lorain. Funeral services will be Saturday at 10:00 am in the funeral home. Rev. Frank Bell, will officiate. Burial will follow in Elmwood Cemetery, Lorain.
To send online condolences go to www.dovinfuneralhome.com.