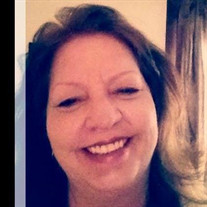 Diane D. Linden (nee Bashak), age 63 of Lorain, died on Monday, July 17, 2017 at her residence.
She was born on December 28, 1953 in Elyria and was a 1972 graduate of Marion L. Steele High School, Amherst.
Diane was employed by the Lorain County Metro Parks. She was a member of the Abbe Road Baptist Church, Elyria. Diane was an incredible artist, with a love for crafts and the ability to make the simplest of things into a work of art. She saw the value in sentimental things. She also enjoyed cooking and gardening. Above all, her passion was being an animal activist, caring for all of God's creatures, no matter how small.
She is survived by her father, John Bashak, daughters, Jennifer Westerville, Tonya Linden and Rebecca Linden, brothers, Donald Bashak and Daniel Bashak, and grandchildren, Chloe, Gabriel and Rafael.
She was preceded in death by her mother, Marilyn (nee Gordon) and brother Robert Bashak.
Memorial service will be held on Wednesday, July 26, 2017 from 4-7pm at the VFW, Post 1662, 165 Cleveland Avenue, Amherst. The Dovin Funeral and Cremation Specialists, will be handling the arrangements.
Memorial contributions in her memory may be made to the Friendship Animal Protective League, 8303 Murray Ridge Road, Elyria, Ohio 44035.
To send online condolences go to www.dovinfcs.com.
To order memorial trees or send flowers to the family in memory of Diane D. Linden, please visit our flower store.