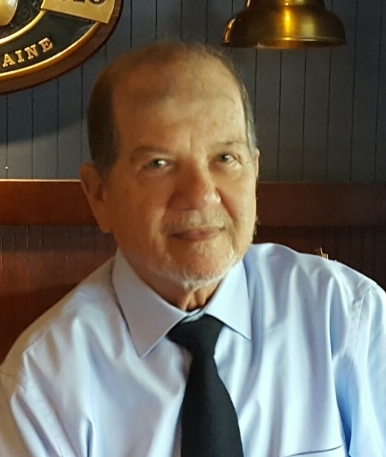 Born June 30, 1935 to Silverio Figueroa and Pilar Cuadrado in Caguas, Puerto Rico, Bernardo moved to New York in 1953.  There he met the love of his life, Antonia and the two were married on July 4, 1959.  In 1989 he moved with his family to the Lorain area.  A licensed optician, he worked for several years in the field until his â€œretirement.â€  Afterward he worked for Cleveland RTA for 7 years, P.A.M Dedicated Trucking for 4 years and also as a school bus driver for Lorain City Schools for 5 years until his retirement in 2004.

He loved to cook and was an excellent chef, but his passion was gardening and he was able to grow anything.  Bernardo was also very handy and could fix anything. Above all, Bernardo loved his family.

He was preceded in death by his wife of 51 years, Antonia (nee Almodovar) Figueroa; both parents as well as his siblings, Ana, Angel, Victor, Francisco and Carmelo.

The family will receive friends on Monday, December 14 from 3 p.m. until 7 p.m. in the Dovin Funeral & Cremation Specialists, 2701 Elyria Avenue, Lorain.  Visitation will also be held on Tuesday, December 15 from 8:30 a.m. until the time of Mass at 9:30 a.m. at Sacred Heart Chapel, 4301 Pearl Avenue, Lorain.  Rev. William Thaden will officiate.  Burial will follow in Ridge Hill Memorial Park.  To send online condolences, go to www.dovinfcs.com.

To order memorial trees or send flowers to the family in memory of Bernardo Figueroa, please visit our flower store.