Mr. Porkolab was born and lived in Lorain Ohio until 1984 when he moved to Maineville Ohio, near Cincinnati. In April 2013, he moved to Cleveland.

He graduated from Elyria High School in 1933.

He was employed at the US Steel Mill in Lorain before entering military service during WWII. He was a Master Sergeant in the U.S. Army and received the Bronze Star Medal and the Certificate of Merit for his service in the European Theater of Operations.

Upon his discharge in 1945 he returned to US Steel but left shortly thereafter to start the Porkolab Insurance Agency, which he owned for 30 years.

He was very charitable and was involved in numerous civic and fraternal organizations, among them: VFW Post 451, Red Cross, YMCA, Hungarian Reformed Church, United Appeal, Independent Insurance Agents of Lorain County, International Association of Lorain, and the Republican Party.

He was General Chairman of the Hungarian Reformed Church Consistory and a member of the Consistory from 1956-1977. He was a founding member of the Lorain Veterans Council and was its first President. He was also a past Commander of VFW Post 451, past Commander of the 9th District VFW and served on various state and national VFW Committees. He was General Chairman of the Lorain City United Appeal Campaign in 1965. He served on the Board and then as President of the Lorain County United Appeal. He was President of the International Association of Lorain in 1971.

Mr. Porkolab served as a Resident Assistant to two members of the U.S. House of Representatives from Ohio's 13th Congressional District, David A. Baumhart and Charles A. Mosher, over a span of 21 years. He served as Chief of the Republican Staff of the Ohio Senate for two years beginning in 1977 and then was administrator of the Bureau of Insurance and Risk Management for four years before retiring in 1983.

He was preceded in death by his parents Efraim and Julia Porkolab, his sister Elsie, and by his wife Jean. He is survived by a son Alan B. Porkolab of Beachwood, OH and two Grandchildren, Courtney Porkolab of New York, NY and Zachary Porkolab of Tempe, AZ.

A memorial service, in honor of what would have been his 100th birthday, will be held at 11:00 a.m. October 18 at the Hungarian Reformed Church, 1691 E 31st St Lorain 44055, where he was a faithful and dedicated member from birth. Graveside services will follow at Ridge Hill Memorial Park Cemetery (44805 N Ridge Rd, Amherst OH 44001).

In lieu of flowers, memorial donations may be made to the Hungarian Reformed Church of Lorain.

To plant memorial trees or send flowers to the family in memory of Alfred Porkolab, please visit our flower store.

My husband and I lived across the circle from Al and Jean in the Landen community, close to Maineville. It was such a privilege to know both of them. Even after Jean died Al kept in touch with me. My husband died in 1998. All of the neighbors got together and gave me a dogwood tree for my back yard in memory of Jack. It was things such as that make such wonderful memories. He was a great gentleman. My sympathy to all of your family.Nancy Casner

My deepest sympathy to Al's family. I will always remember his devotion and care for Jean when she and my late husband were on Showers Floor here at Otterbein-Lebanon Senior Lifestyle Choices. Al lived in the court next to mine at Otterbein. A well respected gentleman who has been missed. Lois Ann SniderLebanon OH

Alan,So sorry to read about your dad. I hope you are doing well. Tom Purdy tom@purdyproductions.com 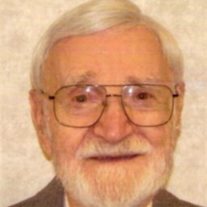